Mother's Day at the Zoo 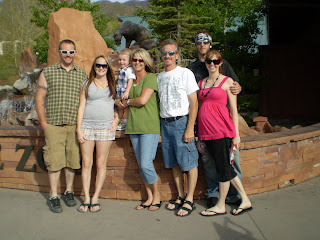 So for Mother's Day my wonderful mom decided it would be fun to take us all to the Hogle Zoo, which by the way was so packed, this would be the first time Preston would have gone or that he would remember I should say. It was so much fun. My oh so cute hubby decided he wanted to dress up as a white trash guy, since it's Mustache May, and he was already sporting his handlebar mustache. So we got a pic of him, and Preston on the Bike in front of the Tiger exhibit, and on of them on the Wolf on the Carosel (spelling?). Then My sister, and I, who is only 7 weeks and 4 days due behind me took a cute belly shot. Then the one of my mom, and sister with Preston in front of the Pregnant elephant. My mom, and Preston were checking out the monjeys ahead of everyone else, because "We crasy mommy!" He's so funny when he says that because he sounds like he has a Spanish accent. Then Preston , and my dad took a picture in front of the waterfall out front, he wanted to throw his "MONIES!!!" in it. Then one of the whole family out front, whew such a long day! 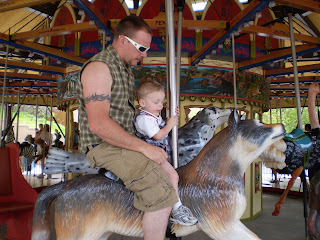 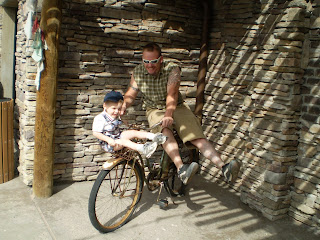 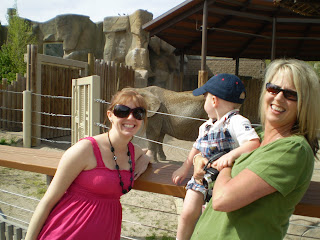 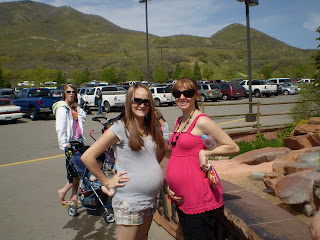 Posted by Chris and Carissa at 6:05 PM